FREE SHIPPING on orders over $99 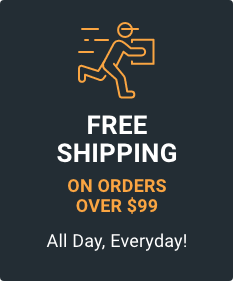 When you think of abrasives for sanding, you probably envision a standard grinding or sanding disc. However, if you’re working with metals, you may need to use a flap disc or flap wheel instead. These discs shape metal and are used most often in welding, agriculture, food production, and industrial maintenance. In addition, flap discs and wheels stay cooler when operated, so there is less risk of scorch marks, and they’re more comfortable to use because there is less vibration than standing sanding discs. You also get a better finish that is smoother and has less gouging than you would get with other kinds of sanders.

Flap discs consist of layered abrasive flaps that are clustered closely together on fiberglass backing plates. If you are working on metal, especially if you need to make right angle cuts or other fine details, a flap disc is the right choice for the job. The discs are flexible, allowing you to easily achieve contours in the metal.

Another benefit of a flap disc for metal is that it can both grind and finish at the same time, simply by varying the amount of pressure you use. Use heavy pressure for grinding and light pressure for finishing. This saves you the downtime associated with switching discs between tasks.

Flap wheels are very similar to flap discs. They have the same clustered, abrasive flaps, but they are arranged in a wheel formation instead of in a standard disc form. Choose a flap wheel when you’re working with metal and need to work on the inside of the structure, such as inside a pipe or tube.

Flap wheels can also provide different finishes depending on the amount of pressure you use, and can be useful for fine metal finishing, blurring edges, and plating finishing.

At Sparky Abrasives, our flap discs have 30% more flaps than our competitors, which means they last longer and work faster. Our abrasives ship nationwide.